Travel and time to unwind really gets the creative juices going. So as I’m waiting to board a plane back home with my wife I was looking for a few stickers for the lid of my laptop (geek chic). I try to find something that motivates or excites me, instead of just branded marketing material.

I wanted a sticker for a slogan that stuck with me recently YAGNI or ‘You ain’t gonna need it’. It is about simplification and popular within Agile circles, it promotes getting something done and shipped instead of getting lost in a rabbit hole of features and perceived feature requirements. It was important to me to have this somewhere I see it everyday so I’m reminded that shipping something is more important than adding a feature to something that gets lost in time as it becomes ‘perfect’.

I buy almost all of my stickers from RedBubble, essentially a market place to have any number of personalised items created in singular quantities. They have a huge collection of nerdy stickers, this time along with Git and legacy code stickers I wanted but they had nothing for YAGNI! Well there was one but it was really basic and didnt appeal to me. so with half an hour before my flight boarded I became a seller on RedBubble, fired up Illustrator and drew up my own simple design.

It is a simple block text, its an acronym after all and I cant draw very well so I didnt want to over complicate the design. However I offset the text and layered everything so it stacks nicely together. The fill also slowly fades out towards the end of the word, implying a focus on getting the meat of a project done but letting the rest taper off. With those two elements sorted, I generated the png file and uploaded it to redbubble. 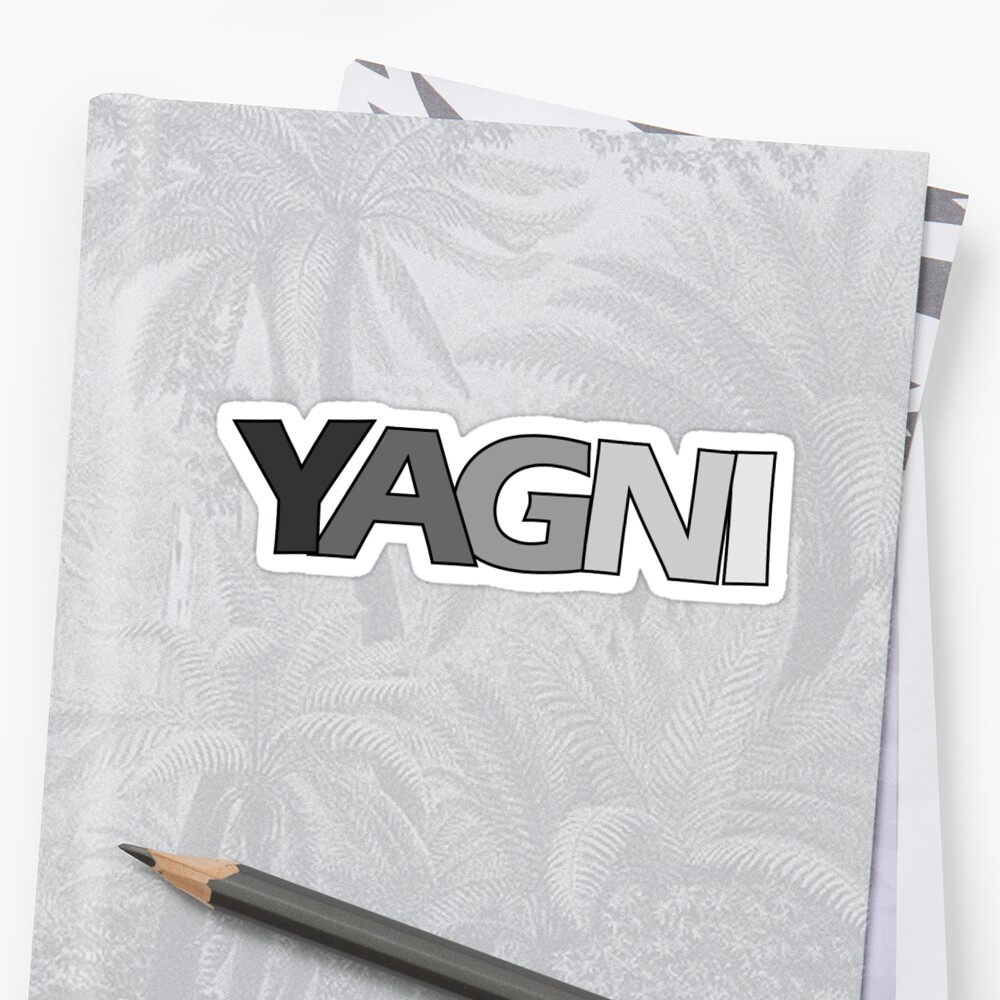 Within the space of half an hour I’d made something from scratch, shared it with the world (for a nice margin) and ordered it along with the rest of the items in my cart just as they called our flight for boarding. Its an awesome feeling getting through a nice mini project like that and making something for myself at the end of a lovely break.