The large rear wheel is one of the standout features of the whole piece, especially of the abdomen section. I want to start with the abdomen as that will get me as close as possible to the basic robotic system that I can drive around and scare the neighbors with. So a few months ago I managed to source a large truck tyre mounted on a split rim hub. It is second hand, used as part of a load test but is basically brand new. 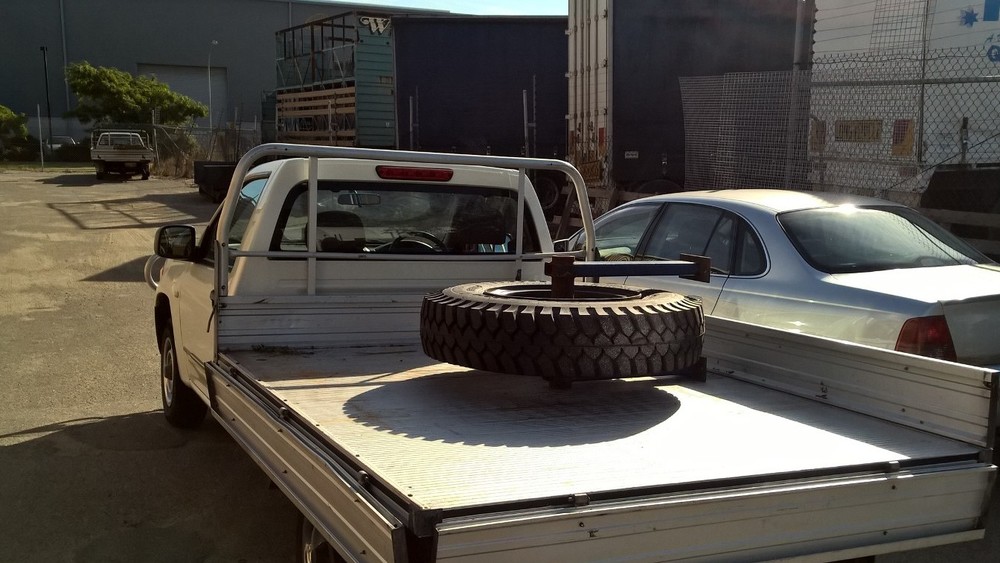 This is one heavy assembly and at this angle still looks rather small. A lot of the internal steel work is quite thick so as to reduce any deflection in the frame affecting the results of the load test. Half an hour with and angle grinder and the cumbersome arms are removed so the rim can be prepared for machining in the future. It will also make it a lot easier to move around. 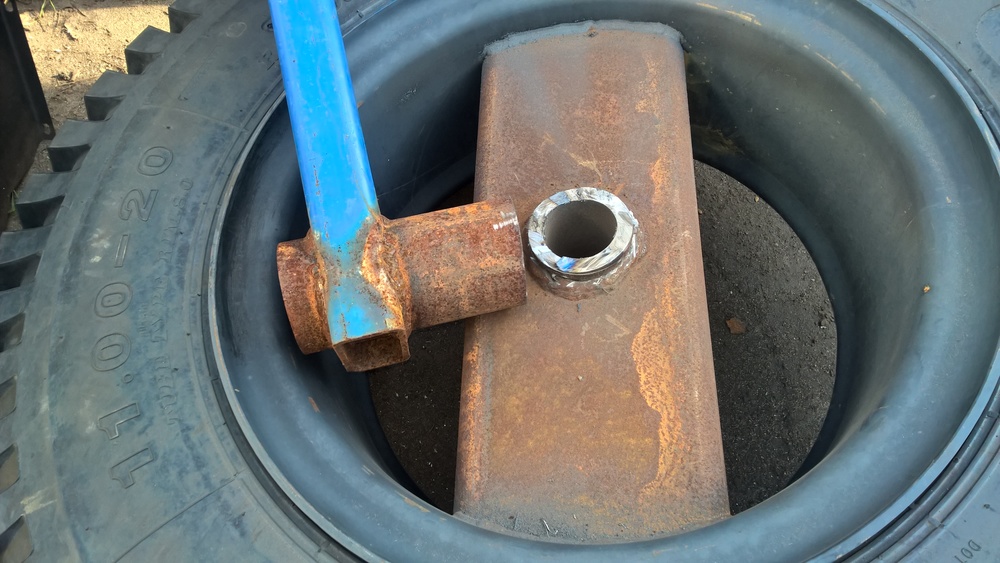 I had initially expected the pipe to just be face welded onto the center beam. That would have given me more flexibility with later machining out the beam to ensure everything was central. Instead the pipe runs through the entire piece. A thick pipe at that with a ~15mm wall thickness. That will still give me plenty of material to work with and using weld on taper lock hubs I should still have a nice strong mounting point. This does depend on the original pipe being within a few mm of center. The original assembly was never intended to function as a rolling wheel so there is a strong possibility the pipe could be an inch or more off center. Mounting the rim on the lathe will be the easiest way to see just how difficult it will be to work with. Thankfully the split rum hub makes it very easy to remove the outside tyre.